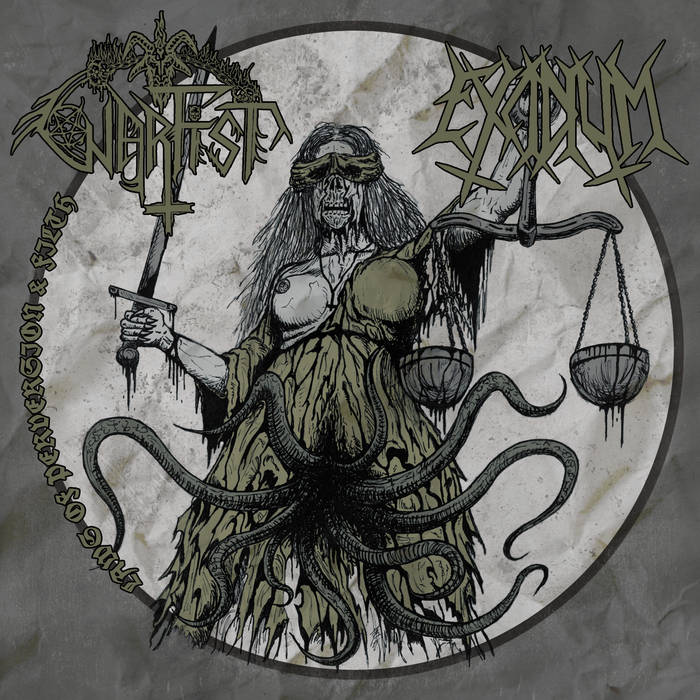 Produced between 12.2016 and 06.2017.
Drums engineered by Krzysztof Godycki at Roslyn Studio.
Guitars and vocals engineered by Peter Krieg.
Mixed and mastered by Marcin Rybicki at Left Hand Sounds.
All songs written and performed by Excidium except track 4 – originally performed by Impaled Nazarene.