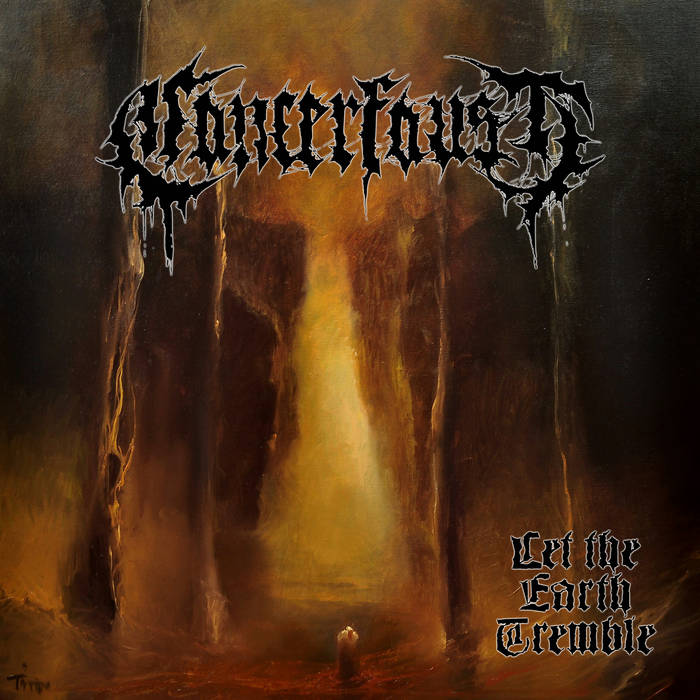 Both US- and European death metal scene inspired, Cancerfaust starts the album with a disturbing intro, relentlessly pushes forward on that high note with eight ruthless pieces combining classically brutal, lung-burning visceral vokillz, massive, thick and dense riffs and leads, mercilessly pummelling and bulldozing bass guitar and drum parts, and concludes with a sick outro. Ferocious and violent, truly impressive and appealing, uncompromising, formidably brutal and aggressive. Murderous and heavy as fuck, morbid and malevolent, falling clearly into the brutal death metal framework but reflecting the band's potential and their own approach to the relatively hermetic sub-genre. All in all, 'Let The Earth Tremble' turns out to be an unrelenting, profoundly consistent, neck-wrecking and bone-crushing hell of a sonic monolith, an album that will instantly grab you, chew you and spit you out begging for more...