Metal to the Bone 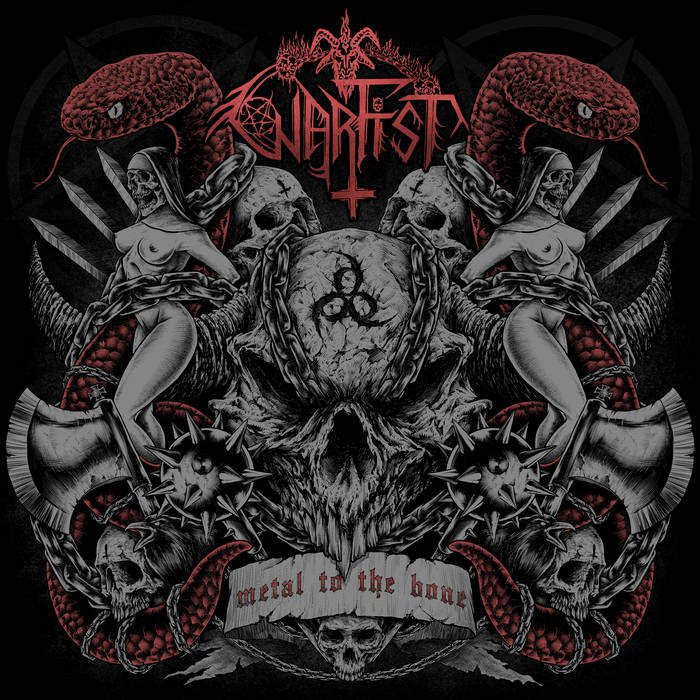 Guest choir chants in “Breed of War” by Kain Reic.
Guest vokills in “Metal to the Bone” song (in order of appearance) by Heretik Hellstorm (Ragehammer), Hellscreamaross (Offence) and Armagog (Throneum).

Godz Ov War Productions is proud to present Warfist's highly anticipated second album, Metal to the Bone. For over a decade now, this Polish power trio - Pavulon on skullcrushing, Wrath on bulldozer, and Mihu on vokills & chainsaw - the good metal fight, prolifically keeping the underground spirit alive across myriad splits, demos, and their debut EP, HellTyrant Rising, on Iron Bonehead in 2008.

But it was their debut album, 2014's The Devil Lives in Grünberg, where Warfist introduced themselves with a nuclear-powered bang: like the perfect, most poisonous lovechild between Motörhead and Sodom, this first full-length killed with power. Alas, along comes Metal to the Bone to crush posers further underfoot. Very fucking aptly titled, Metal to the Bone explodes with a hard-charging, hard-partying attack of blackthrash-meets-rock 'n' roll. But whereas many of their contemporaries similarly offer obeisance to lust, filth, and sleaze, Warfist are truly living it here, and throttle the listener with an authenticity that's far from gimmicky "fun." Feel the full force of Warfist in your face!