Mother of Misery and all Repugnance (Diabolo Intervale) 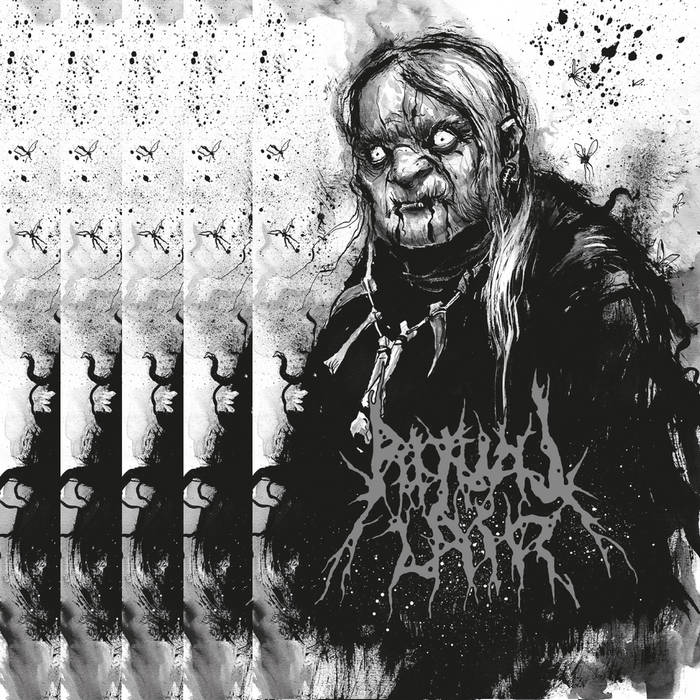 THE REST IS HANDS OF DEVIL.

Godz Ov War Productions is proud to present a new EP from Ritual Lair, "Mother of Misery and All Repugnance (Intervale Diabolo), on cassette version.

Hailing from Poland, the duo of Ritual Lair include current and ex-members of Godz Ov War faves Kingdom, but here, they forego that band's bazooka-blown intensity for a hard-drinkin', mercilessly headbanging metalpunk hybrid. "Mother of Misery..." is the band's first release in nearly five years, and is also fittingly titled: old-school and immediately catchy their thrust may be, there's a decidedly vile and virulent aura here that puts this far beyond the party / "fun" thrash crowd.

Thick and viscous Ritual Lair's attack is, obedient to the ancient ways but never forgetting the power of the song - nor swift 'n' succinct economy, as this EP gets in and gets out in a mere 17 minutes, laying waste with maximum cranial (and spiritual) carnage. Hail the Mother of Misery and All Repugnance and enter the Ritual Lair!