Nefarious Seed Grows to Bring Forth Supremacy of the Beast 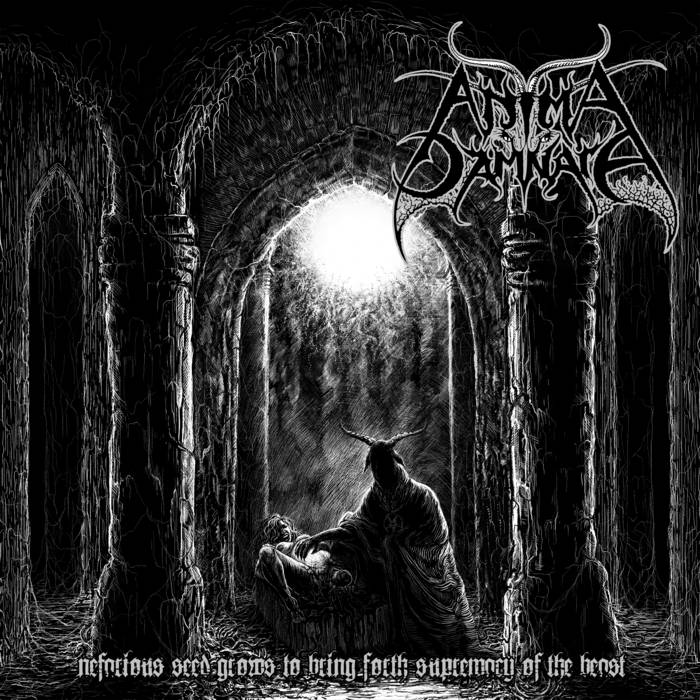 Engineered and produced by M.
Artworks by Mar.A.
Logo by Christophe Szpajdel.

Saying this album has long been waited for would not be enough. Saying this album has come up expectations would not be enough all the more. Anima Damnata deliver the most evil and furious blackened death metal... Totally klling blast beats, schizophrenic guitar parts, crushing bass guitar parts and sepulchral vocals make you think of the greatest of the genre! Anima Damnata have definitely delivered their most brutal and mature stuff to date. It's almost endless blasting, interrupted with several breaks and mid-tempo parts which only make the album more interesting to listen to. Unholy, blasphemous, slaughtering, originating from the most evil ancestors yet original within the limits of the genre - these are but just a few phrases that can only give you an idea what mayhem you are about to experience. Definitely one of the most satanic, antichristian and nihilistic blackened death metal albums released this year.

If you like Nefarious Seed Grows to Bring Forth Supremacy of the Beast, you may also like: