Putrescent Remains of the Dead Ground 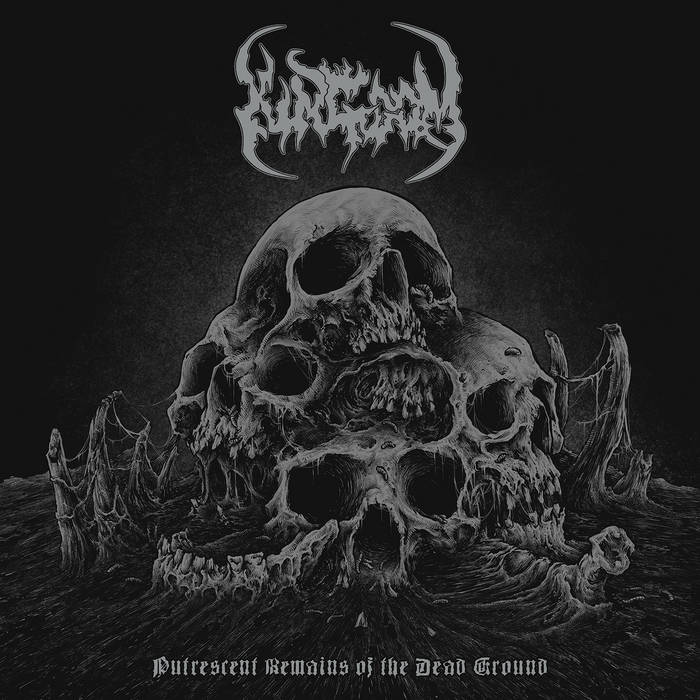 Kingdom have fought countless battles over the years, but with 'Putrescent Remains of the Dead Ground' not only do they follow the warparth taken on 'Sepulchral Psalms from the Abyss of Torment', but they expand on their uncompromising and furious, claustrophobic and ghastly psalms and hymns of blasting blackened death metal. The opening track titled 'Walls of Askalon' , although heavily crushing on your head like a falling wall, is just a harbinger of what is yet to come. And that is a fully mature, crypt-stenched stuff proving that while still dwelling in the most unholy traditions of blackened death metal, Kingdom have actually developed their own style within the niche, combining vocal modes, riffs, solos and tempos typical of the genre, and spicing them up with their characteristic grinding blasts, crushing mid-tempo parts and doomy fragments, intriguing melodies and lyrics, again both in English (like the gut-wrenching and mind-blowing 'Putrescent Remains', or the grinding 'Karma Slayer') and in Polish ('Niemy Krzyk Zagłady' or 'Martwa Ziemia' showing Kingdom at their best, both musically and lyrically wise). And when you think you've had your brains smashed, your heart torn out, and your bowels squeezed out of your body, there comes the surprising cover. Guess Abbath and co. will really consider retirement once they've listened to what the four-piece' version of their classic 'Blashyrk' sounds like now.
On the whole, it is a true masterpiece and a strong candidate to be considered the 2018 blackened death album, even if limited to the local scene.