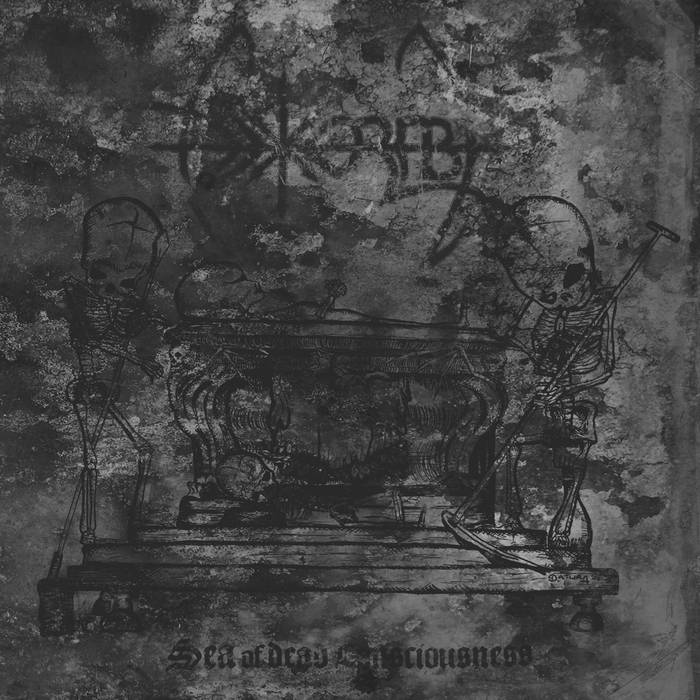 THERE IS NO HOPE... ONLY DARKNESS AND DEATH!

* Bonus track available only on the CD version.

"And it contains what I described above – great maelstrom of obscure, brutal, chaotic and morbid death metal riffs, played in the style, which one can even compare to such bands as Grave Miasma, Portal, Immolation, Mitochondrion, Teitanblood or Impetuous Ritual. It’s awesome. Obviously Inexorable creates utterly dark and sick atmosphere in their music, obviously the majority of these three songs have been played in fast tempos, what along with the thick and dense riffs creates a bulldozer of sound; a wall of sonic devastation, with some complex structures and arrangements, deep, ghoulish vocals and many truly impressive fragments, great harsh, massive production... Yeah, it almost creates this claustrophobic aura, when you think of being putted alive into the coffin and the lid was nailed to it… And you’re there in the small box, devoured by darkness, catching the last breath in panic and slowly suffocating, terrified and with no hope for survive. This is why I absolutely love bands like Inexorable and recordings like “Sea Of Dead Consciousness”; for the atmosphere of such music. Truly a spectacular release, I have no doubt."
panzerfaust666zine.blogspot.com

"Musically this is split into two parts, the first of which comprises four original tracks and is absolutely ghastly and horrible stuff. Luckily that’s what some of us love around these here parts so we won’t let that count against them at all. Named numerically and offering no further clues we are quickly swept up into an abyssal heaving void of death. This churns and challenges sucking into a void of misanthropy with clattering drums and beastly, inhuman and primitive vocals howling in hate-spewing violence. Ceremonial chants come in as the 1st piece calms into unholy worship and there’s no shortage of stygian atmosphere as it exudes foulest musical mould from its very bowels. The speedy parts are reminiscent of the likes of Portal and are near bestial in execution as they ravage in an unrelenting fashion. The 2nd hymn from hell adds spoken parts in German, possibly sampled and making things even stranger as rhythms and dense skewed musicianship and gibbering vocals are spewed out. It really isn’t pleasant in the slightest which makes a patch of acoustic-guitar seem even odder as everything heaves away. Trawling through the obsidian crags of the 3rd part which chills and discombobulates the senses we finally move into some sinister sounding ambience as the 4th (a bonus on this recording) takes hold and atmospherically possesses before absolutely blasting back into cataclysmic dissonance. “Ugh” it’s challenging and makes you want to end all life, if alone your own will do!"
www.avenoctum.com