Sepulchral Psalms from the Abyss of Torment 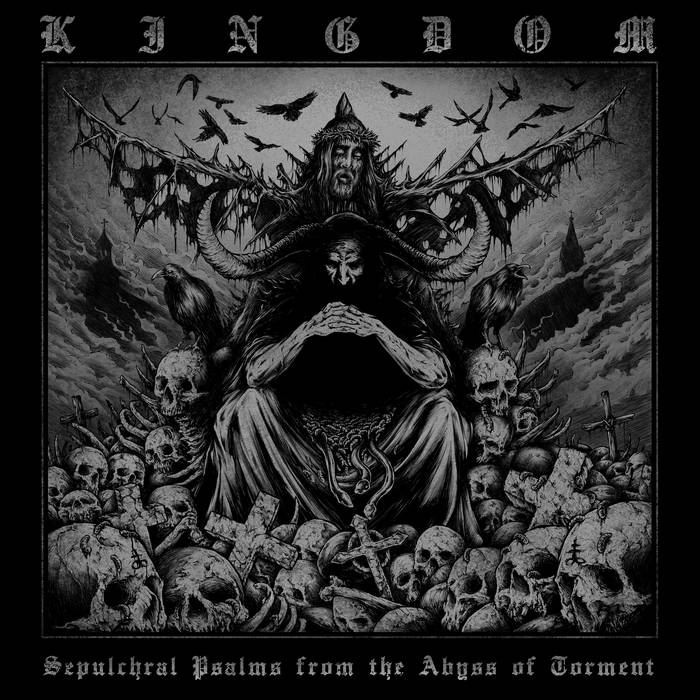 Their is a sound that's immediately familiar - traces of classic Krisiun, Angelcorpse, and Black Witchery weld together their iron fist - but it's done with such bazooka-blown panache, the attack instantly becomes theirs and theirs alone. The power-trio planted their roots with 2008's 'Unholy Graveyard' debut and especially 2013's 'Morbid Priest of Blasphemy', but their latest 'Sepulchral Psalms From The Abyss Of Torment' detonates and then destroys with a nuclear power like no other. Unremittingly cruel and ceaselessly merciless, track after track after track, Kingdom flay the listener alive with a strike/recoil/strike-again arsenal that's simply devastating to behold.

Armed with a powerful production that properly balances clarity and crush, 'Sepulchral Psalms From The Abyss Of Torment' is a swift 'n' scorching 35 minutes that'll soon put Kingdom atop the black/death scene!