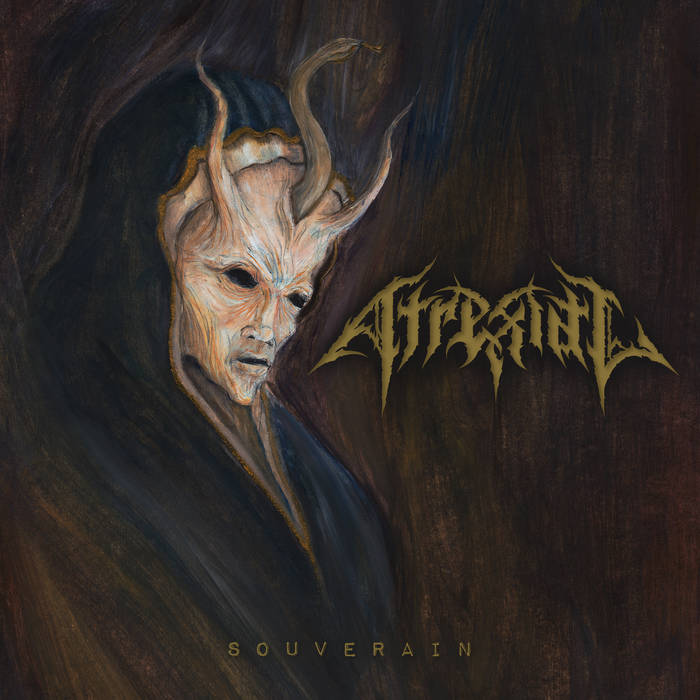 Samuel Ramon Instant buy for me!! Tight rhythm section for blackened death metal and the looming melodies, plus it doesn't sound like a Behemoth clone.. well crafted album!!

navybsn Two words, blast beats. If you love them, this is your album.

"Wow, it’s not often I’m lost for words but this is the best debut album of the year so far for me. All I can say is if you are looking for an album that is different, that takes repeated listens and explores many different corridors of sound without drifting off into some pretentious hipster shit show. If you want an album that you can spend time on and get lost within then look no further. A unique, deliciously atmospheric piece of blackened death metal."
www.brutalism.com

"What Atrexial’s “Souverain” tries to reveal to us are the two faces of evil. A brutal and merciless one which are clear on tracks like “Unmerciful Imperial Majesty” and “Catharsis Through Torment”; the other face is an evilish beauty that is show by the guitar lines in tracks like “The Hideous Veil Of Innocence”. Evil can be beautiful in Atrexial’s point of view. Tracks like “Illuminatur” also couples with this idea of conflict between the beauty and the ugly with a heavy guitar line. Some tracks like “The ominous silence” open with a challenging guitar line. The idea is to hold the fire by fingering some notes and letting some fly distortion free. To then firing a blast of distortion. The result is the sonic chaos we told before. Atrexial deal nicely with sonic chaos."
metaladdicts.com