The Great Tired Ones 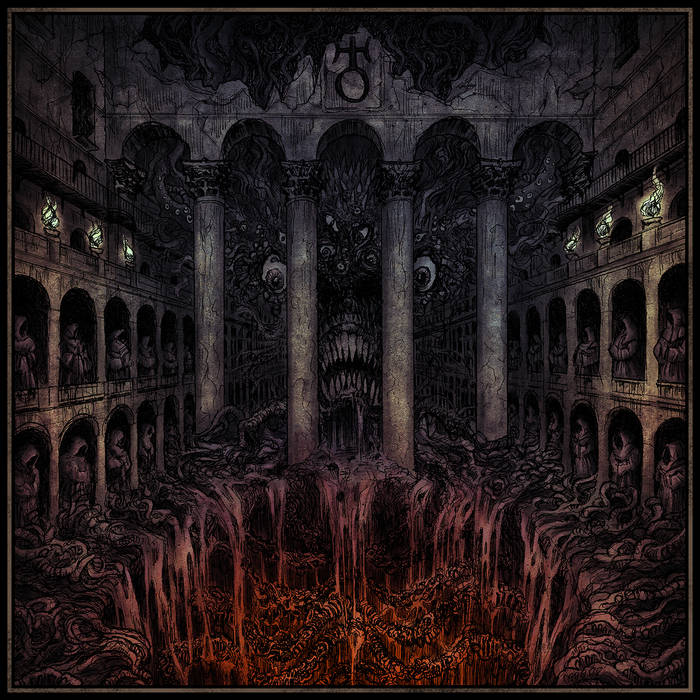 WHEN VENOM IS DRIPPING FROM EVERY WALL
ONLY THING YOU CAN DO IS SPIT, SPIT AND SPIT…

Cover art by Robert A. von Ritter Illustrations with design and colours originated by Maciej Kamuda.

"As it turns out, the band in question, who go by the name of Loathfinder, are a hideously heavy and gloriously grim Blackened Death/Doom band from Poland, and their debut EP, The Great Tired Ones, offers up four tracks of bone-grinding riffs, putrid vocals, and suppurating, suffocating grooves, which seem purposefully designed to ruin your day. Yet as disgustingly dirty (love that guitar tone) and remorselessly gloomy as the band are, there’s a real method to their madness, above and beyond the compulsion to simply wallow in sonic filth."
www.nocleansinging.com

"For an EP and with only four tracks on it, The Great Tired Ones is packed to the bursting point with content. Each of the four tracks sport pretty sizable run times which allows each track to breathe and play out as Loathfinder intended them to. To add to that, each song runs well together as well making for a cohesive listen instead of listening to songs that seemingly would have nothing to do with each other. Overall, The Great Tired Ones is a great listen and is for any doom fiend out there that is looking for something that is purely disgusting and flesh ripping. Mind you, this is the debut EP for Loathfinder, a stepping stone in their doomed out assault on us all. And if this is what their EP is like, it’ll be exciting to see what a full length has in store."
cadavergarden.com

"Slow and heavy, with sick, corrupted grooves, and bowel-quaking growls, The Great Tired Ones is not a release for the faint-hearted. The entire EP essentially unfolds in this way, heavy and unhurried, spreading its contagion and plague-ridden message wherever it is heard. Hidden in the background of the songs, buried underneath dark distortion and the accumulated filth, are grim melodies and splashes of arterial colour. These add to the overall suffocating heaviness and atmosphere of the songs without being overbearing or stealing the limelight form the band’s unflinchingly ugly approach. The production suits the music perfectly. Heavy, clear, black, solid; it’s the perfect combination of clarity and dirt. The foul darkness on this release is utterly hypnotic and all-consuming. If you like doom that advances with an unhurried, relentless gait, possessing a blackened atmosphere full of underground misery and pain, then Loathfinder is definitely for you."
wonderboxmetal.com