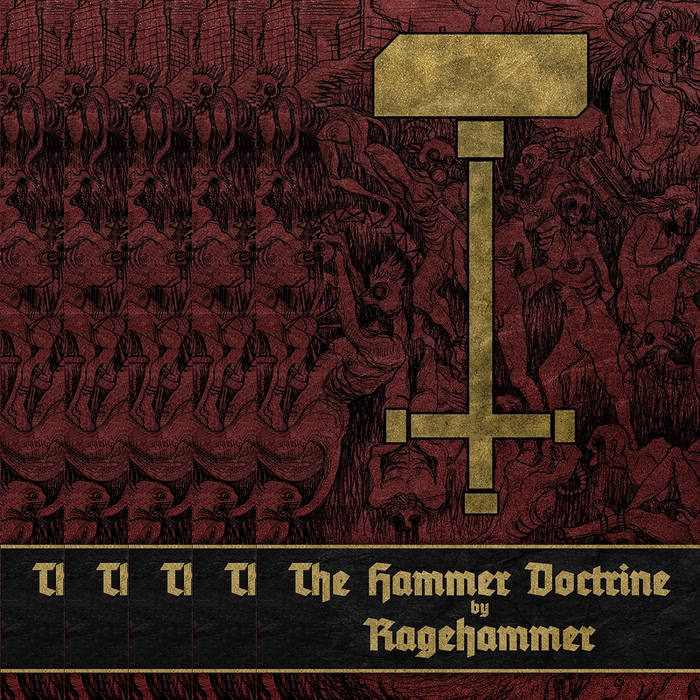 Just came home from seeing these guys live...
... yeah, I'm still sober and sane, LIVE...
... opening for Marduk and they simply blew poor old Marduk off the stage. Period.
Get their Into Certain Death too.

Recorded during the end of 2015 at No Solace Studio and was mixed and mastered by M.

"The album only really stumbles in a few small areas, mostly the cover track at the end which feels too simple and different from the rest of their original material but it’s still a walloping, dynamic debut. There’s a lot to like here with the album’s viciousness and intensity running quite heavily here as the heavy thrash influence takes centerstage in creating a fantastic energy that makes this a wholly appealing effort that will undoubtedly appeal to old-school thrash or dirty black metal."
- The Metal Observer

"Seriously, Ragehammer are really fast — the technical skill and dexterity of all the musicians is close to jaw-dropping, and the vocalist spits words (in venomous snarls and blistering shrieks) as fast as his bandmates assault their instruments. And their taste in music, which gives them free reign to blaze away like a furnace, favors blackened thrash and speed metal. You really don’t get any chance to catch your breath as this album careens ahead until you reach a breakdown on the fourth track (“Warlord’s Fall”) — but when you hit that point you may be headbanging too hard to gulp air anyway."
- No Clean Singing