Towards The Ultimate Extinction 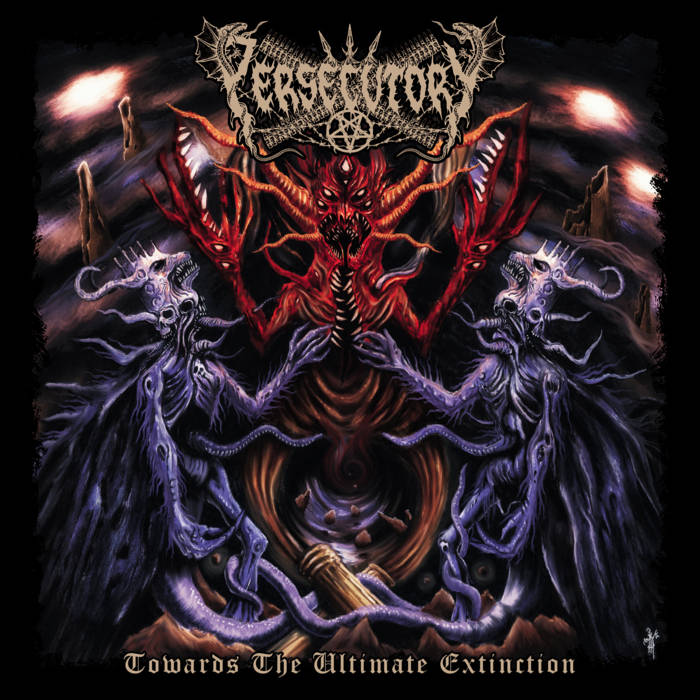 Recorded, mixed and mastered by Erhan Kabakci & Can Gelgec in Jam Session Studios in Istanbul.

"The music is manically paced, blasting through seven tracks of mayhem like a runaway train into hell. Vocalist Tyrannic Profanator’s screams and howls are consistently visceral and borderline deranged, while the work of guitarists Vulgargoat and Infectious Torment (lord, these names…) are as frantic and fast as the best black metal can offer. While this album doesn’t sit comfortably or firmly in any individual subgenre, black, death, and thrash metal elements make their presence felt throughout. Effectively meshing these styles into a cohesive flood of sound is drummer A.D.B, whose blasts and fills create a scorched earth atmosphere that leaves no corner of the mix unscathed."
www.heavyblogisheavy.com

"Overall this is a fantastic debut. It has so much going on and has a little something for everyone. It’s the perfect mix of the big three metal subgenres it mixes black, death and thrash metal with a wonderful ritualistic atmosphere. This is one of the most exciting debut to come out of the underground this year. Miss at your peril!"
www.brutalism.com

"Towards the Ultimate Extinction is filled with crushing blackened death metal with some great thrash based riffs & serious rawness to it. (...) It’s constant furious heavy noise is appealing & exciting."
gbhbl.com

"Persecutory creates another recording that remains true to their raw mixture of war, black, death and thrash metal, the production sounds very raw and heavy while the lyrics cover perversion, death, chaos and Satanism themes."
occultblackmetalzine.blogspot.com