Unapproachable Laws of the Abyss 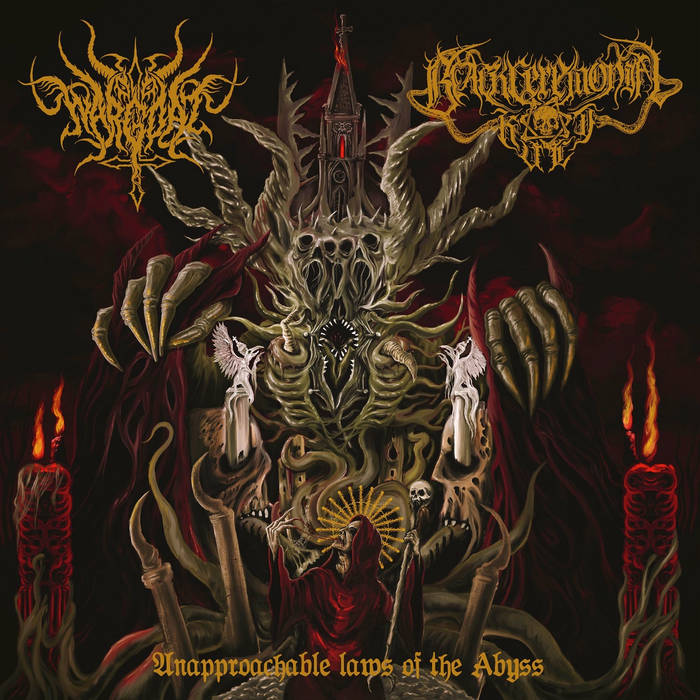 All music recorded at Eleventh tower Studios in 2017.
Guest Tartaric vocals on “Katadesmos command” by mighty brother Count Lethaemon of Bethor/Ezgaroth.
Guest solo on “Principles of a forgotten age” by Herald of Demonic pestilence of Embrace of Thorns.

Tracks recorder and mixed for Khaos at Order of the Temple of the Dead between June and Novermber 2017.
Intros and keyboards recorder at blasphemy Lab by Krypto and Maot in December 2017.
Mastered by Unholy Tormentor at vg886 Studio Between May and July 2018.
All Music by Black Ceremonial Kult Under substances and secret rites.

BCK are:
KHAOS: IV String Of Magick Destruction And Voice The Infernal Meditation
VILU: X Commandement Of Hellish Noise And Pest
NEGRO: Unmerciful Scourges On The Holy Virgin’s Ass
MAOT: Pulse Of Introspection And Keys To Other Realms